Don’t buy your child more toys they’ll outgrow or toss in a closet. Give a gift that lasts a lifetime; give the gift of financial literacy.

Saving With A Goal ~SWAG

Author LaDonna Smith is pleased to present a series of high energy songs that teach money concepts so children understand them. Saving With a Goal ~ S.W.A.G is a financial literacy program that provides a platform for children between that ages of 7 to 13 years old to learn (with the help of their parents) the knowledge, tools and practice they need to make informed financial decisions for their future. S.W.A.G! 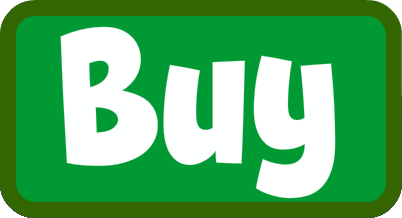 The Money Tree explains basic financial concepts and practices in plain and easy-to-understand language that children can comprehend and use in their day-to- day lives. The clear text and playful illustrations aim to simplify financial concepts like earning, saving, interest, the difference between needs and wants, and the joy of running one’s own business. To make the otherwise boring topic interesting, the concepts have been explained through small anecdotes accompanied with colorful illustrations to stimulate children and ignite a love of saving.

Saving with a goal book

Don’t you wish someone would’ve taught you about money-management concepts when you were young? This workbook was designed to be used in conjunction with the award winning children's book, "The Money Tree". It provides over twenty practical activities to teach school-age children, third-grade through sixth-grade, basic money management. Each activity was designed to enforce a key personal finance concept and provide an easy and fun way for children to learn about money management.

Growing up can get really messy. Mya Makes a Mess is loaded with energy and humor to tickle your child's funny bone and remind parents that "making a mess" and "helping" are a vital part of your child's growth. This whimsical story and vibrant color illustrations remind children that the adults in their life love them - mess and all.

Money In The Bank Card Game

Money In The Bank! is an educational financial literacy game where your child will need to use their critical thinking skills and make some tough spending decisions. As you may have suspected, the player with the most money saved at the end of the game wins.

Does your super saver have S.W.A.G? Your super saver will get the bragging rights he or she deserves with this graphic T-shirt. It features Tyler from The Money Tree with a “Saving With A Goal" screen-print message that's bound to get plenty of attention, and have your super saver showing off their money smarts.

During checkout, be sure to include special inscrption message and the name of the child who will be receiveing the authorgaphed book.

Does your super saver have S.W.A.G? Your super saver will get the bragging rights he or she deserves with this graphic T-shirt. It features Tyler from The Money Tree with a “Saving With A Goal" screen-print message that's bound to get plenty of attention, and have your super saver showing off their money smarts.

Comes with a copy of the award winning children's book The Money Tree and the Saving With A Goal companion workbook.

*Available in Kelly Green* Please mention size at checkout. (email fydpublishingny@gmail.com prior to ordering to ensure that we have your size in stock.)

Pick Me, Pick Me! (Story by: Elijah & Isaiah Smith)

Pick Me, Pick Me! is the lively story of a young boy named Cree, one of the shortest boys on the Bull Dogs basketball team. This full-color illustrated book for young readers follows Cree as he struggles with being accepted by his teammates, learns to perfect his game, and eventually helps the Bulldogs win a championship basketball game-all despite his height. The book includes a glossary of common basketball terms for those new to the sport and a “Little Baller, Big Game” goal activity page to help motivate young readers to reach for the stars.

Elijah and Isaiah Smith are brothers and straight A, high school students living in New York State. While both boys are extremely talented, they have often struggled with bullying and being accepted due to their height. However, once on the basketball court their talent cannot be disputed. The brothers have collectively landed awards from most defensive player to team MVP.

Although basketball is their favorite pastime, the brothers both sing,  play trumpet, the French horn, piano and recorder, while also running track and have recently been scouted to play lacrosse.

Now, with the help of their mom and in response to the bullying they have at times encountered, the brothers have co-authored their first children’s book, Pick me, Pick me!

The Smith brothers hope “Pick Me, Pick Me!” will inspire people, young and old, to follow their dreams and reach for the stars.